This is the Day the Lord has Made 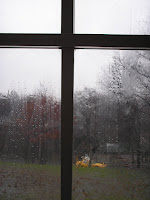 This day did not start off very good. Hopefully it will get better before it is done.

I think it was just an accumulation of all the dissappointments of this past week. Although I experienced many answers to prayer and many blessings from the hand of God, there are moments and days when due to my own weak human flesh, I feel discouraged and overwhelmed.

When Ray found out that he did not have access to our family website, nor LifeLight because somebody at Vidir Machine messed things up...nobody seems to know who is to blame....somebody is not telling the truth...very disppointing and frustrating.

I was also still dissappointed about the whole Valentine's Day thing, including the e-card thing. I spent half the night finding one that I thought was so hilarious...should have known that an e-card company that supports environmental causes would not be appreciated...the song that was being played on the card was a song Ray had heard millions of times....should not have wasted precious hours of sleep on that one...Oh well....whatever!
The restaurant we went to last night was also a disappointment. I am so tired...had not got the laundry done before Ray came back....Ray's comings and goings have always been hard on me, like when he was selling computer systems. He would be home in body, but not in spirit for one week and then gone the next. I wish I was more like Ruth Graham who seemed to be able to adjust flawlessly whether her husband was home or not.

Another thing I thought about as I was listening to all the songs on my iPod...still need to get more songs...is that I was expecting Ray to meet needs that can only be met by God. I am willing to be changed, but sometimes the progess seems to slow.

I want to keep rejoicing in the Lord who is my strength, my joy, my hope, my comforter, the source of all that I need.
Posted by The Duecks at 1:39 PM